Was a beloved Dire Wolf buried lovingly next to his human companion? Paleontologist Jeff Saunders believes that may have been the case and that some Dire Wolves lived among ancient people just like the Gray Wolf during its initial domestication phase.

The Clovis culture is a prehistoric Paleo-Indian culture living around 13,500–11,000 years ago. In 2014 a young Clovis boy’s fossil remains were found to be 12,600 years old and the oldest known Clovis site is said to be 13,345 years old. These dates directly intersect the Clovis culture with the presence of the Dire Wolf, mammoth, giant short-faced bear and sabor-toothed cat.

The oldest available genetic information shows that the Clovis people are the direct ancestors of roughly 80% of all living Native American populations in North and South America, with the remainder descended from ancestors who came during later migration.

A hallmark of the tools associated with the Clovis culture is the distinctively shaped stone spear point, known as the Clovis point. The Clovis spear head is typically carved on both sides in an alternating pattern. Archaeologists do not agree on whether the widespread presence of these points indicates a widspread population of a single people, or the adoption of a superior technology by diverse groups. 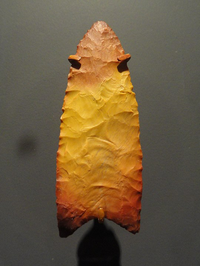 It is generally accepted that the Clovis people hunted mammoth as they have often been found among numerous mammoth remains, although many believe that the mammoth was only a small portion of their diet, which may have also included extinct bison, mastodon, gomphotheres, sloths, tapir, camelops, horse and a number of smaller animals.

In a 2011 discovery, Dr. Jeffery Saunders, a prominent paleontologist working for the Illinois State Museum believed to have found new evidence that the Clovis people may have began the domestication process of the Dire Wolf. It appears that one particular Clovis man may have been buried next to or with a Dire Wolf. Dr. Jeffery Saunders, now retired, has made the intellectual leap that this man may have been laid to rest along with the Dire Wolf because of their affection for one another. If this is an indication that the domestication process had begun with the Dire Wolf, it would be quite a development in this ancient wolf’s history.

Interestingly, this discovery dovetails with the Dire Wolf Project’s goals as well. If the Dire Wolf had, indeed, been buried with its human companion and the Dire Wolf regularly lived in large packs of 30 or more members, perhaps the Dire Wolf, as a species, was exceptionally suited to live and dwell in companionship roles. It certainly is an intriguing idea that the Dire Wolf may have been able to work along side ancient man in such a way as to be capable of developing such a relationship with its human that it remained at his side, even in death.

The Dire Wolf Project aims to recreate a loyal companion dog, so perhaps we are not all that far off from what the Dire Wolf may have evolved to have become if it hadn’t become extinct all those years ago. 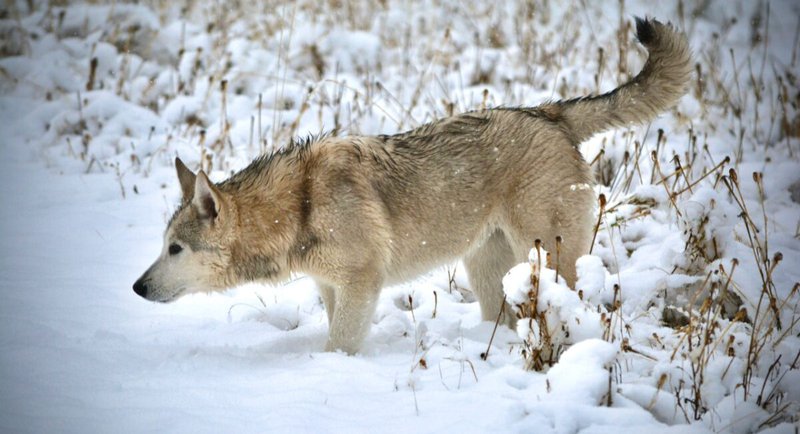