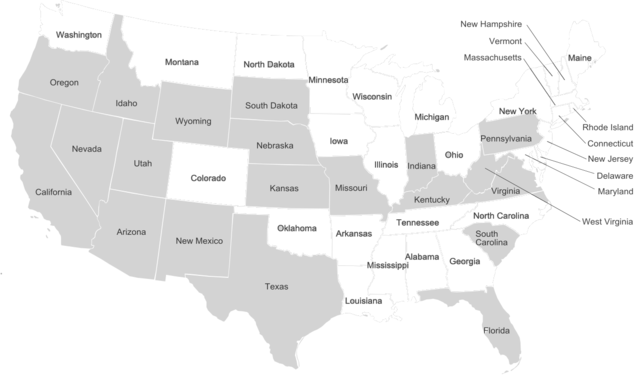 At the height of its existence, the Dire Wolf lived throughout North America, from Alaska to Florida and parts of Latin America. Francis Linck found the first Dire Wolf bone in 1854 in Evansville, Indiana. It was a fragment of the upper left jaw, which was found to be a separate species of wolf from any scientists had seen before. (In 2021, DNA from 5 separate Dire Wolf fossils revealed rather fascinating evidence. View more here about the latest Dire Wolf findings: Dire Wolf DNA) 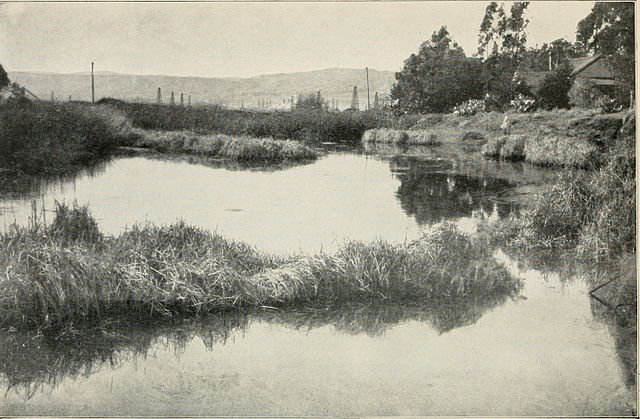 Since then, La Brea Tar Pits in California found many more Dire Wolf remains. Full skeletons are on display in museums across the United States. Working to learn as much about the Dire Wolf’s habits as possible, researchers identified the eating patterns of the Dire Wolf through a process called Isotopic Analysis. Dire Wolves ate small percentages of sloths and mastodons, but half of their diet was bison and half of their diet was horse. The heavy Dire Wolf ignored much easier targets, like elk and deer. Some experts speculate that large Dire Wolf packs required large quantities of food. They argue that there must have been some hidden advantage for choosing only large herbivores, but no one knows for sure. In contrast, the Gray Wolf grew to become more fleet of foot and could catch both small prey such as rabbits, and larger prey such as antelope and deer.

Hunting larger prey seemed to have its consequences, however. Injuries found on Dire Wolf bones are formidable. Many experts claim the injuries were so fierce that the Dire Wolf that sustained them would not have been able to survive on its own. This leads some scientists to believe that Dire Wolves must have cared for one another when their pack member could not on its own. However, scientists have found bite marks on Dire Wolf skulls suggesting that the wolves could also be brutal to their pack members if needed to secure pack hierarchy. 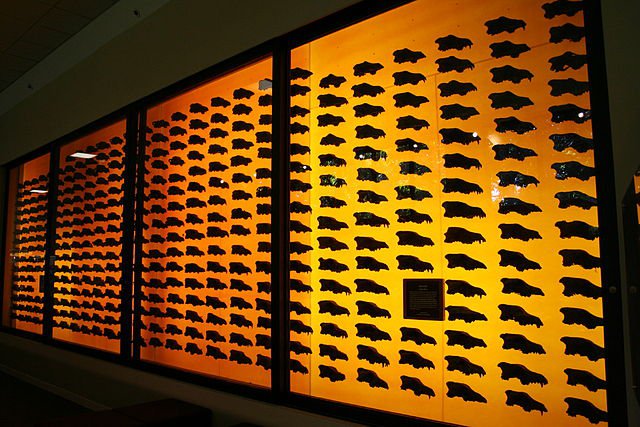 Experts believe that the large numbers of Dire Wolf bones found at La Brea Tar Pits proves the Dire Wolf was a social animal, perhaps running in packs of 30 or more. With larger packs, the Dire Wolf could devour their meal and fend off other carnivores willing to fight for the meal’s remains. Researchers believe Dire Wolf skeletons found in the molten asphalt were hunting wolves. The absence of Dire Wolf pups in the La Brea Tar Pits may also prove that Dire Wolves kept their puppies away from hunting expeditions until they were at least 6 months old. This mimics the Gray Wolf behavior we see today and suggests that Dire Wolf pack behavior closely resembled the Gray’s.

The Dire Wolf had been dominating the Gray Wolf in species size for hundreds of years. 3,600 Dire Wolf skeletons have been found at La Brea compared to only 15 Gray wolves. Yet it was the Gray Wolf that survived. Dire wolves lived for over 100,000 years, but became extinct about 10,000 years ago, around the same time that the Gray Wolf started its evolution toward domestication and formed into the many dog breeds we know today. No direct descendant of the Dire Wolf survives today.

Evidence suggests that the Dire Wolf’s extinction happened quickly. Maybe even in as few as 100 to 1000 years at the end of the Pleistocene Era. Climatic change may have played a significant role Dire Wolf’s demise, but some scientists speculate that, along with this climate change, a large comet may have contributed to the Dire Wolf’s untimely disappearance. Still these theories leave the question of why some species died out and others survived. Some experts feel that man, in competition with the Dire Wolf’s larger prey, contributed to the Dire Wolf’s eventual extinction as they competed with each other. Along with fire, clothing, and weapons, man may have also brought disease. But again, this theory still leaves the question of why the Dire Wolf did not withstand man while the Gray Wolf flourished. Still other scientists believe warmer climates and less big game led to its complete extinction along with the Mastodon, the Giant Ground Sloth and the Woolly Mammoth. When the larger prey became scarce as the glaciers receded, the Dire Wolf’s build did not allow it to adapt to hunting smaller, lighter, quicker prey. Even if this speculation never leads to a certain knowledge of the reason for the Dire Wolf’s extinction, the information we have about the Dire Wolf continues as researchers maintain their investigation of the Dire Wolf and its life in the prehistoric tundra.