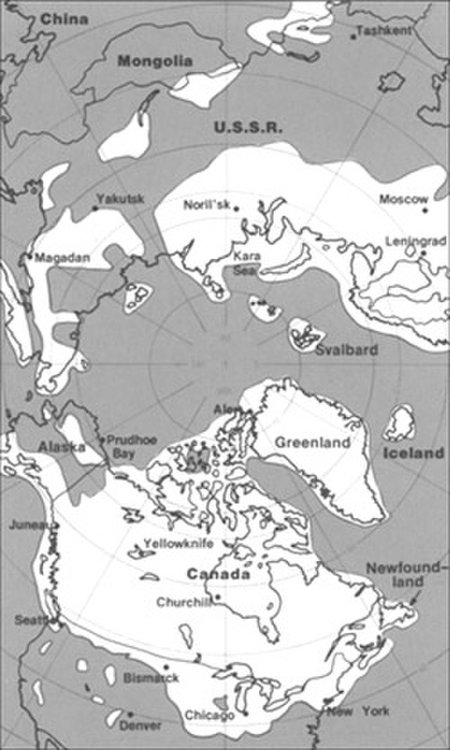 As the last of the vast glaciers began receding, an assortment of very large mammals walked the Earth. Not since the age of dinosaurs 65 million years before had so many animals of such great size and strength roamed the North American continent. There were bison, wild horses, giant ground sloths, mammoths, giant short-faced bears, saber tooth cats, and woolly rhinoceros. The largest canid to ever walk the Earth, the Dire Wolf, also thrived in this prehistoric epoch. It was a time of survival and natural harmony that spanned the whole of the North American continent. But, quickly and without warning, the great beasts died and left us with only their archeological memories to help us piece together what life was like in the ever warming climate of the Pleistocene Age. 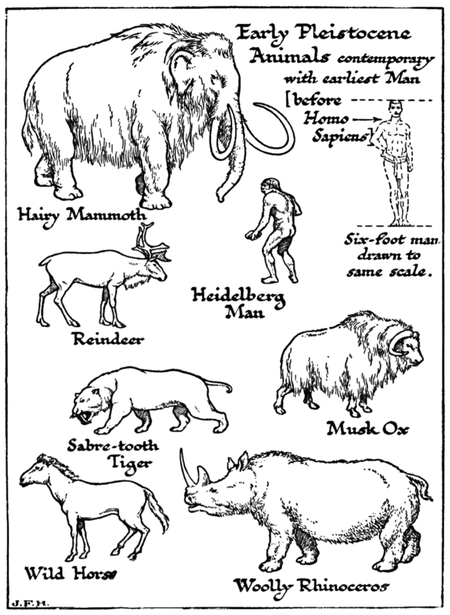 The La Brea Tar Pits, located in southern California, reveal hundreds of large animal species found underneath a thick layer of tar. These pits contain oozing liquid asphalt slowly seeping from the ground. A picture of life during the Pleistocene Age begins to emerge as scientists uncover large skeletons preserved for hundreds of centuries. This natural occurring asphalt developed a dry crust most of the year, but became a deadly liquid in the summer heat where animals, aimlessly crossing over the once harmless crust, became stuck. Scientists believe that the high number of the thousands of Dire Wolf skeletons found encased in the thick black ooze is evidence that when herbivores became immobilized there, Dire Wolf packs would then try to take advantage of the weak animal and become shackled themselves. Large Dire Wolf packs were consumed whole by the deadly asphalt pit. Because of this, the Dire Wolf is the most common species found at the La Brea Tar Pits. More than 3,600 individual wolves have been uncovered so far.

The Pleistocene Age spanned a time period between 1.8 million – 10,000 years ago and also marked an era of global cooling. Much of our world’s land masses were covered by glaciers and permafrost layers. Our own human population grew during this time and many scientists believe that a combination of advanced human hunting techniques coupled with the transmission of human diseases may have wiped out whole species. However, even if humans did not contribute as significantly to the end of many of the large species of mammals living during this time, it is very likely that smaller animals were better equipped at adapting to the warmer climate change and receding arctic life that ruled this well-preserved time of our Earth’s history for so many years.