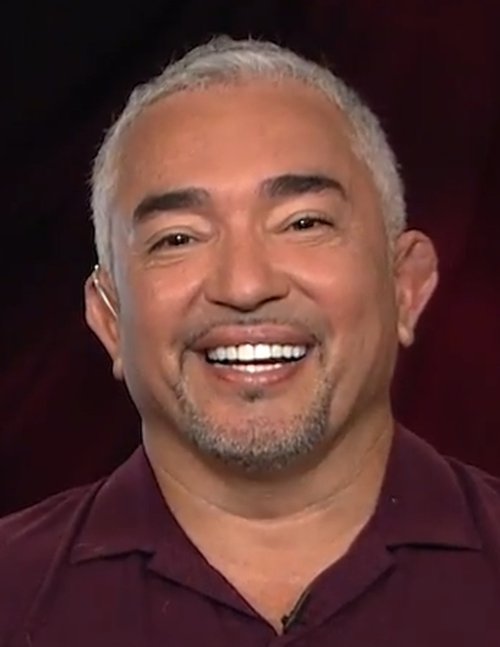 With energy-based dog training, the trainer focuses on behavior modification through changing a dog's internal energy, which affects their external behavior. Cesar Millan is the most renowned trainer in this category. Although he also employs some traditional dog training aspects, the most unique aspect of his training method is to change a dog's external behavior by altering its internal state of mind. It is this fundamental difference in Cesar Millan's dog training approach that warrants a separate category. Now, there are several different trainers around the country who have begun to use this approach to dog training, but to my knowledge, Cesar Millan was the first to promote and popularize this training method.

Energy-based dog trainers focus on empowering people to achieve a calm, assertive state of mind while gaining the trust and respect of their dog. They seek to maintain an "alpha role" as described in the Traditional Training Method post, where one is confident and assertive, quick and decisive, but self-sacrificing and acutely aware of the lower-ranking pack member's emotional needs. They seek to be in harmony with one another in a well-ordered pack structure through energy balance.

Many trainers in this category specialize in behavior modification and rehabilitation, especially with very difficult training cases, such as aggression, anxiety, fear reactivity, leash reactivity, and resource guarding. One of the hallmarks of this way of training is to board the most difficult cases in order to rehabilitate them in a highly-structured environment, where an emphasis on calm, harmony, peace, and gentleness is practiced. A dog's emotional state is the focus of the training and obtaining a calm, submissive attitude from the dog is the desired outcome, no matter what behavior is actually being taught.

Along with this emphasis on a dog's and a human's energy levels, the energy-based dog trainer will employ a highly structured, consistent environment with well-defined rules and boundaries. Dogs that push those rules and boundaries are given clear directives by the human in order to obtain the submissive state from the dog. Again, the boundaries and rules are not just taught for the sake of having them, but for the express purpose of producing a calm, submissive state of mind from the dog.

As Cesar Millan puts it, "To dogs, energy is everything."

Being sensitive to a dog's emotional state of mind can seem foreign to a strict traditional dog trainer, but Cesar Millan and those who follow his method have really been able to change dog behavior for some highly unruly dogs. With that said, dog psychology is beginning to emerge and some feel that dogs clearly exhibit a range of emotions that we once thought were only attributable to humans. 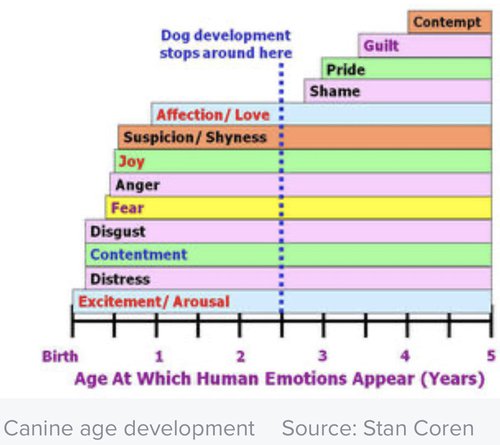 Energy-based dog trainers definitely stop short of truly identifying a dog as being as emotional as a human-being. In fact, trainers in this category would clearly distinguish between a dog's emotional capabilities and a human's. But it is clear that a dog's emotional state of mind is important to this type of trainer when they speak of a dog that is mourning, anxious, worried, scared, or overly excited.

An energy-based dog trainer adheres to the following five "natural dog laws" as defined by Cesar Millan:
Dogs are instinctual
Being instinctual, dogs live in the moment; they react immediately to what’s happening to them right now. That’s why it’s so important to only correct them when they’re misbehaving and to not give attention or affection for unwanted behaviors.

To dogs, energy is everything
Energy is the primary way that dogs communicate with each other, while humans do it mainly with language. Dogs can associate words with specific objects or actions, however it’s often your energy and tone of voice that tells them what to do — you could say something completely random like “digital toaster clown shoes” in an excited tone of voice and your dog will get just as excited as if you’d said “want to go for a walk?”

Dogs are animal, species, breed, name
First and foremost, a dog sees itself as an animal. This makes sense, because all animals are instinctual and communicate with energy. And, while they don’t have words for it, dogs see themselves as the species dog — a particular kind of animal that is different than a squirrel or cat but the same as other dogs.

A dog’s senses form his reality
Dogs experience the world through their senses in this order: nose, eyes, ears. Long before you can see it, they already know whether there’s another dog around the corner or a squirrel in the next tree because their noses have picked it up. A dog’s sense of smell is tens of thousands of times more sensitive than a human’s.

Dogs are social pack animals
Dogs function best when there are one or a few Pack Leaders. The average dog doesn’t want to be in charge, and is happiest when the leaders tell him or her what to do. Without leadership, though, dogs can become confused, timid, or aggressive as they try to fill the vacuum.

The Mirror Method, also known as the Hungarian clicker dog training method, is another take on energy-based dog training techniques that combines the clicker training aspect of the all-positive training style. This method originated in Budapest, Hungary by The Promotion Group of Népsziget in 2007 and comprised 12 people who met and became friends at a dog training school. The group eventually decided that there had to be a better way of training dogs and therefore initiated the basis of Mirror Method training. Today, the group has 25 active members and promotes their training techniques at various dog shows and pet-related events. The most prominent aspect of this method is the idea that a dog mimics, or mirrors, an owner's emotional state. They believe that if a dog is misbehaving, the owner should check his/her own behavior to make a difference for the dog's state of mind and ultimately the dog's behavior.

Cesar Milan: Develop Massive Confidence and Become the Leader of the Pack