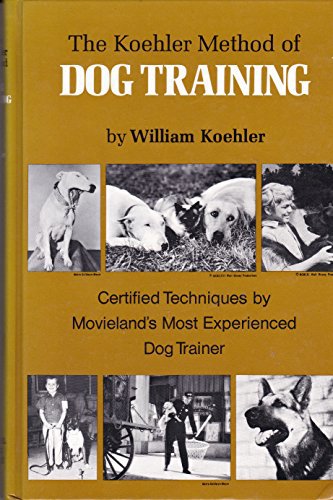 Many people associate traditional (escape/avoidance) dog training methods with dominance theory and wolf pack theory. If you google these two terms, an overwhelming number of websites pop up stating how these two concepts have been debunked by modern science. Of course, that also implies that their dog training approach is superior.

But, just because something is said over and over again does not make it so. Modern science has indeed found that wolf packs are not built upon the alpha male lording over his subjects constantly defending his dominant role by beating down those under him, as was once thought. Instead, wolf packs are mostly built upon family units. That fact, however, does not mean that wolves do not have a pack structure or refrain from adhering to certain rules within the pack. Science has revealed that dogs are 99.8% identical to wolves through DNA, even the smallest Chihuahua, and just like wolves, dogs have an order to their pack. This is especially seen when pet dogs become street dogs and begin to form territories and bonded family units; falling right back into the traditional roles that wolves employ. In both wolf packs and street dog packs, if this balanced pack structure is challenged, a fierce fight will commence.

Most domestic dogs, however, are happy to be on the bottom rung or the submissive member of the pack. Perhaps it is the result of the more submissive ancient wolves that may have been used for domestication all those years ago. Or perhaps it is the direct result of domestication itself, as the Fox Farm experiments suggest. But, regardless of how it happened, most dogs prefer to not be the ones in charge. This is especially true with the sensitive, highly submissive American Alsatian dog. This means that generally, American Alsatian dogs seek out someone to take the alpha role... or the one who makes decisions and takes charge or protects the rest of the pack when needed.

Where trainers, who are opposed to this traditional approach, go wrong in their understanding of the alpha role is believing that an alpha only becomes the boss by coercion, force, and punishment. Instead, an alpha asserts authority mostly by a quiet, confident assurance. The alpha takes responsibility for the pack's security and protects them from intruders or other things that would harm them. This ability to stand up for the other members of the pack despite any loss to one's self shows bravery and caring. Think of the difference between Mufasa, the proud and regal leader who sacrifices himself, volunteering to be the one to take the blows for the rest of the pride versus Scar, the forceful tyrant who obtains submission by threats of pain and punishment. Which one would you rather follow?

One of the controversies with traditional dog training is that it makes use of aversives, punishment, and physically coercing (forcing) a dog into desired behaviors. Trainers who use this approach might use choke chains, prong collars, electronic or “e-collars.” Other tools might include a hand squeeze that mimics a quick bite, alpha rolls (pinning the dog to the ground) as well as “flooding” or subjecting the dog to something it doesn’t like in large doses. Some of these may be controversial, but, mostly these are simply training tools to aid in a dog's understanding of how to perform best in a human world. When used correctly, many of these tools can be a support to the dog trainer. When used incorrectly, they can cause much more harm than good.

The Koehler Method is one of the more famously known and popular models of traditional training. William Koehler started perfecting his dog training methods in 1942 and wrote many popular training books in the 60s, many of which are still used today. In fact, Lois taught the Koehler Method for many years when she owned her dog shops in Southern California back in the 80s and 90s. There is no doubt that these methods produce results in a short amount of time. Going from on leash to off leash in a reliable way is one of the hallmarks of this method.

The Monks of New Skete, another popular dog training group, would also be placed in this traditional dog training category. They popularized the "alpha roll" where one would turn a dog over on its back to require the dog to physically submit.

Cesar Milan could also be said to use aspects of traditional dog training methods, especially when he talks about the alpha and pack leader roles, but we specifically place him in the energy training method because of his uniquely different approach.